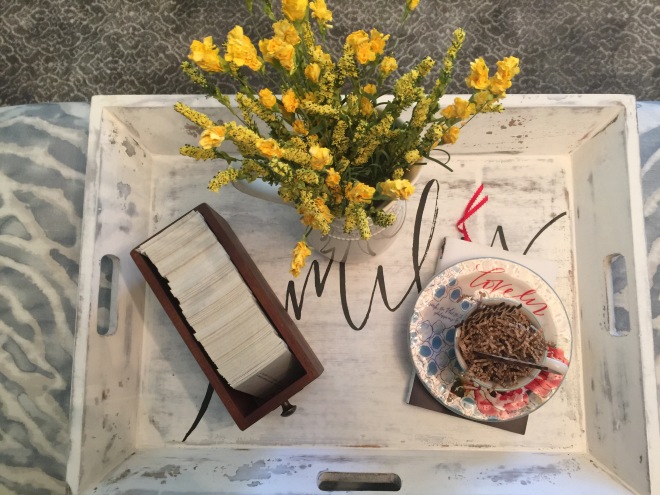 Then He stooped down again and wrote in the dust.

Man, I want more information! What did Jesus write? Could He have listed each man’s sins? Perhaps He just drew a picture? Maybe, He just wanted an excuse to kneel eye-level with the accused? That last thought sounds like Jesus to me.

This woman, not only was accused of committing adultery, but she was “caught in the act.” In my mind, I can only imagine she was set up as a way to try to test Jesus and His knowledge of the law. The men proclaimed that Moses commanded that she must be stoned to death.

Where was the man? If this woman, thrown to the ground as a spectacle for all to see, was caught in the act, then where was the man? For the law of Moses commanded that both of them be stoned to death (Deuteronomy 22).

Jesus stopped and wrote on the ground. I’m thinking the woman could sense His presence close to her as He brought Himself to her level. What did He write? Oh, how I want to know!

We just don’t have a record of what Jesus wrote on the ground or why, but thankfully we know what He said to this woman, clearly a sinner: “…let the one who has never sinned throw the first stone!” (Vs. 7) One by one the accusers dropped their stones and walked away. Jesus told the woman that He didn’t condemn her, and that she should, “Go and sin no more.” (Vs. 11)

We are not called to judge others but to show the love and mercy of Christ thanking Jesus that He had mercy upon us and showed His love for us by stooping to our level and becoming man. He bore our sins upon the cross, not bringing condemnation, but instruction to go and sin no more: continue living and stop sinning. We must live our lives differently now that we’ve encountered the Lord.

There are many questions for which I do not have the answers, but I choose to focus on the truth I know: Jesus loves me. Jesus forgives me. Now, I must daily go and sin no more.