Then they put their hands over their ears and began shouting…. 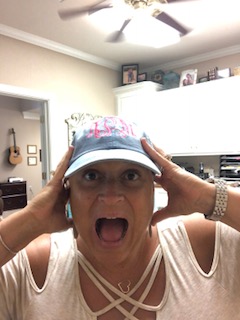 The story of Stephen has always been one of my favorites. Beginning with Acts 6:5, we meet “Stephen, a man full of faith and the Holy Ghost.” (KJV) Stephen had been going about preaching the Good News of Jesus and performing miracles. This brought about the attention of the temple rulers. Men began to debate with Stephen; but none could match Stephen’s wisdom, so they decided to spread rumors against him. Stephen was arrested.

As he was brought before the council and questioned, Stephen boldly responded. I find Stephen’s response compelling (Acts 7:2-53). The Bible says Stephen’s face shone like an angel (Acts 6:15).  Stephen began with a history story upon which everyone could agree. He started his defense with the story of Moses. He reminded the leaders of Moses receiving the law on Mt. Sinai, a law which they all upheld and believed. However, Stephen also reminded them of the shamefulness in their history, “But our ancestors refused to listen to Moses. They rejected him and wanted to return to Egypt.” (vs. 39) They all stood by and intently listened to all Stephen had to say, even agreeing with his every word. Until verse 51, Stephen says, “Must you forever resist the Holy Spirit? That’s what your ancestors did, and so do you!” Stephen called them murderers of Jesus, the Messiah.

Have you ever talked with children, and when they didn’t like what you had to say, they put their hands over their ears? Perhaps once you were that child! It’s high time we listen! Sometimes the truth hurts. We can be quick to judge others and understand the judgment of those in the history books. As an onlooker, we see the foolishness and arrogance that leads to destruction. But, looking in the mirror, oftentimes puts us on the defensive. We do not want to see our mistakes, admit wrong doing, or change. 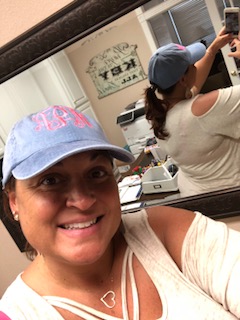 These leaders of the temple could not stand to hear Stephen’s accusations because they were guilty. The King James Version says they “gnashed” on him with their teeth (vs. 54). Can you imagine grown men biting another grown man? They were chaotic in their charge against the righteous man, Stephen. As they stoned him to death, he had a vision of Jesus and forgave them as he died (vs. 56-59)